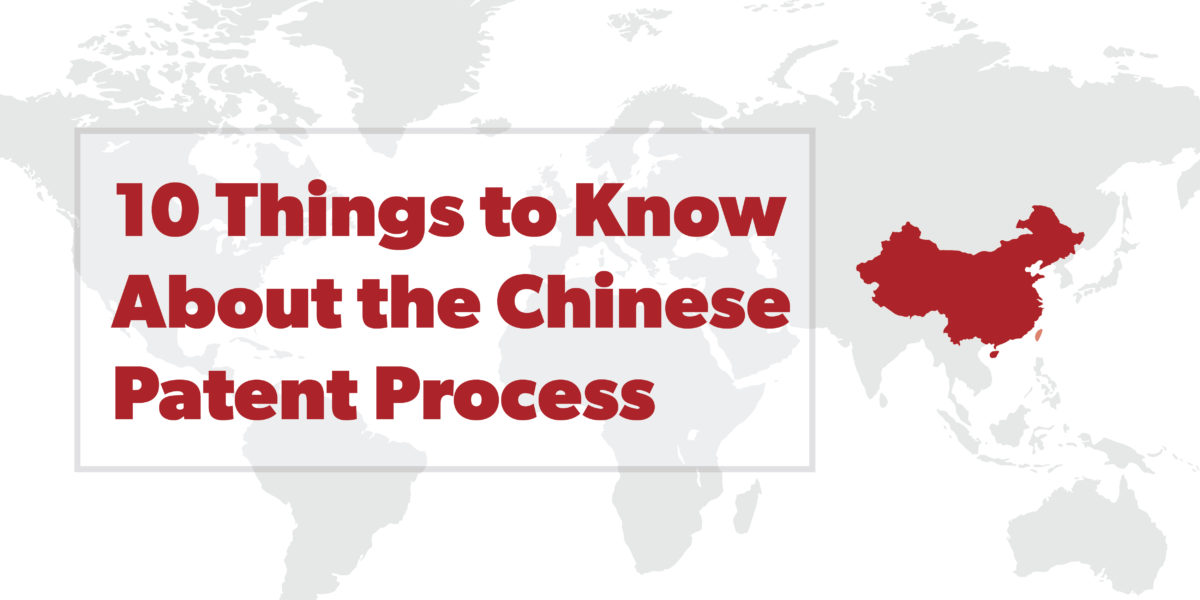 Also note that translations must be provided at the time of filing and cannot be filed later as in the U.S. Accordingly, applicants should give their foreign associates plenty of time to translate their application.

Claim fees at national phase entry are based on the number of claims published in the Patent Cooperation Treaty application. Reducing the claims at filing will not reduce the claim fees due. Accordingly, Applicants may wish to file their PCT application with fewer claims (i.e., 10 are included in the China filing fee) and list any deleted claims as examples to be added back in later. Surprisingly, there are no additional claim fees for adding claims in a voluntary amendment, potentially leading to significant filing fee savings as each additional claim over 10 is 150 RMB (about $22). For example, an application filed with 10 claims and 20 claims added later via voluntary amendment would save almost $500 in additional claim fees.

Unlike the U.S., China offers both utility models and invention patents (similar to U.S. utility patents). UMs can offer significant advantages over invention patents in exchange for a shorter patent term (half of an invention patent term) including quicker grant (since there is no substantive examination) and invalidation protections since there is a lower bar for inventive step.[2] However, at national phase entry, applicants must choose one or the other. To have the best of both worlds, applicants should consider filing UMs and invention patent applications simultaneously via the Paris Convention at 12 months, as discussed further in the next section.

For “products” (generally, mechanical inventions), applicants can file both a utility model and invention patent simultaneously by the 12-month priority date. By filing both (they must be filed on the same day),[3] applicants can get quick patent protection via the UM (often within a year or less of filing) while their invention patent applications are still pending (often for years).

The additional fees for filing UMs are minimal-just foreign associate’s fee for formatting and filing the UM and the China intellectual property office official fees including filing fee of RMB 500 (about $75) and grant fees of RMB 200 (about $30). There should be no additional translation fee since the UM can use the same translation as the invention patent application.

Unlike the U.S., adding new claims (and amending on applicant’s initiative) in Chinese invention applications is only allowed at specific times: (1) at initial filing; (2) when filing a request for substantive examination; (3) within three months from receipt of notice of entering substantive examination from the China National Intellectual Property Administration.[6] As mentioned above, there is no CNIPA fee for adding claims during voluntary amendment after initial filing.

For UMs, applicants can file voluntary amendment within two months from the filing date or date of entry of national phase.[7]

For quicker prosecution in Chinese applications claiming priority to U.S. applications, we recommend amending Chinese claims to match examined U.S. claims since oftentimes, Chinese examiners will repeat rejections raised in the priority application in addition to performing their own search and examination.

Generally, Chinese patent examiners will usually not allow an applicant to add claims during an office action response per Chinese patent examination guidelines.[1] Instead, an examiner will issue a new OA rejecting the added claims, thereby delaying a potential grant of any allowed claims. Applicants can, however, amend claims in response to rejections raised by examiners.

Chinese examiners are strict on antecedent basis. An examiner usually requests the Applicant to recite exactly identical terms as the previously presented term. For example, if a base claim recites “a metal film resistor,” the applicant should recite in dependent claims “the metal film resistor” instead of simply “the resistor” even if there is only one resistor recited in claims.

Chinese examiners are strict on literal support. The examiner may object to applicant’s replacement and/or deletion of quantifiers or adjective in claim amendment. For example, if a claim recites “three cylinders,” and the description and drawings recite and show, respectively, three cylinders, an examiner is unlikely to accept amending claims to replace “three” with “a plurality” despite three being a plurality. Similarly, replacing “three” with “at least two” would probably also not be acceptable.

10. Making Sure to Work With Chinese Counsel

Due to the differences between U.S. and Chinese patent practices, especially in formality issues, it is advisable to allow the Chinese counsel to review and amend the claims to comply with Chinese practice for formality issues, such as antecedent basis, at the time of filing the response.

Further, the applicant’s Chinese counsel is suggested to conduct a telephone interview with the examiner to clarify rejections and sound out proposed responses before filing the response to Office Actions.

[1] Article 103 of the Implementing Rules of the Chinese Patent Law.

[3] Article 9 of the Chinese Patent Law.

[5] Article 2 of the Chinese Patent Law.

[6] Article 51 of the Implementing Rules of the Chinese Patent Law.

[7] Article 112 of the Implementing Rules of the Chinese Patent Law.

[8] Article 21 of the Implementing Rules states that a claim must include “a preamble portion: indicating the title of the claimed subject matter of the technical solution of the invention or utility model, and those technical features which are necessary for the definition of the claimed subject matter but which, in combination, are part of the most related prior art”

[9] Article 42 of the Implementing Rules of the Chinese Patent Law.